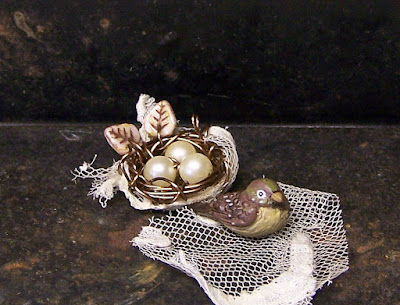 Yesterday I was playing with wire, beads and scraps of antique lace.....I like it a lot. 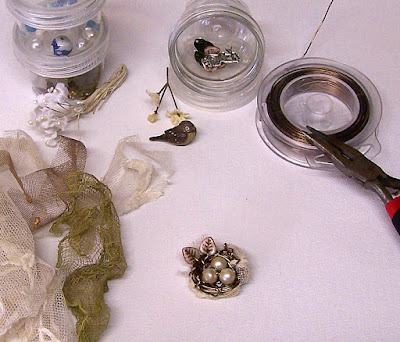 Not sure what I'll use it in yet...maybe a necklace or perhaps an assemblage or collage.  :)

Playing along with Simply Neutrals Tuesday #23 over at AppleApricot.
Thanks to the lovely Wen!    ♥

well a 33 minutes quick for Jody for Makeover Monday over at Sew Outside the Lines, but a couple of days for me!  ;) But still it was easy enough.

I got these two cardies at Kmart at the end of Winter season last year for $5 each and hardly wore them. Mainly because the weather warmed up and they are a large size, but of course as is my habit, I figured I could alter them to make them smaller.....ahh yep, sure!! I think I'd call it mindless spending!! 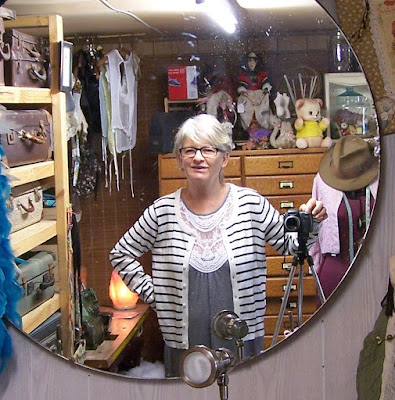 When Jody put up her quickie re-invent I went with it. I've only done the cream/white one so far but will try to get to the striped one before the end of the cold weather......maybe.   :P 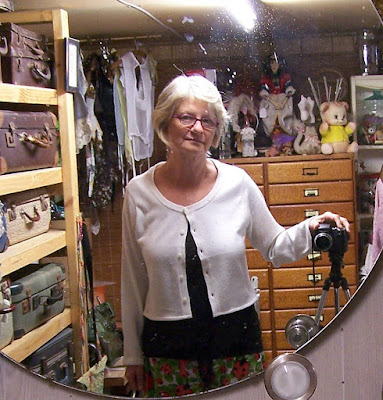 Because it's not a very long cardy I cut off only the ribbing around the bottom, but as you can see in the pics, the arms are quite long so I also cut the ribbing off them. What on earth was I thinking wearing something that probably would have looked good on an orangutan!? I quite often question my stoopid choices in fashion!

The idea was to use a wide bias binding on these edges, but all I had on hand was a very narrow plain white one. Though I have to say I was very happy and surprised by how NOT like a mess it all turned out! lol 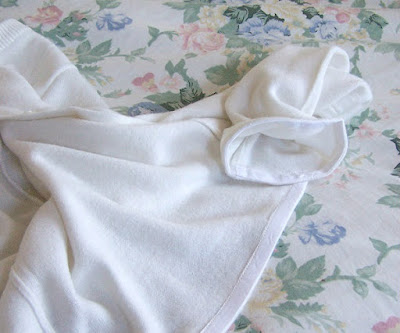 I think I'd like to replace the buttons with some lovely mismatched ones(as Jody was saying she might do with hers), and possibly a vintage lacy motif on one side.

I'm off now to see what Jody has in store for this week's Makeover Monday! 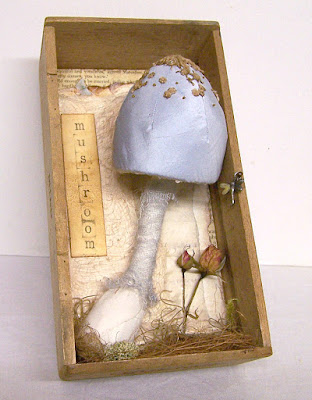 I thought I would also link up with Wen's Simply Neutrals Tuesday with a soft sculptured fabric Mushroom I made just recently.
It's mostly neutrals of browns and creams and whites, but I've made the cup of the mushroom from a very delicate and beautiful shade of blue silk fabric. It's almost silver Wen!   ;)

It lies inside a vintage wooden cigar box. 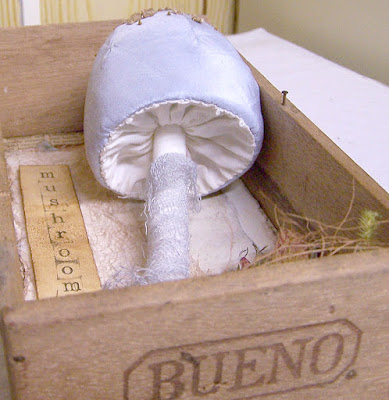 Hopefully it's neutral enough to play along!  :)